A Year in Review – Public Health Issues of 2014

As we are well into 2015, we can look back on 2014 as a year of colds, stomach bugs, and flus shared schools, offices, and public spaces across the country. It was also a year of epidemics and other public health issues. What such issues should you know about this year, thanks to what we have learned from the last?

Here are some of the top health concerns from 2014: 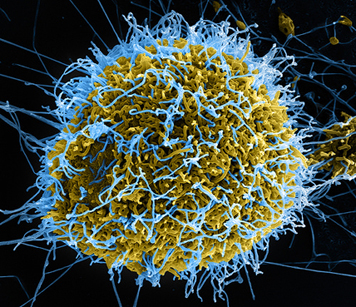 Ebola, which became an epidemic in West Africa, still makes major news headlines thanks to a possible recent resurgence. Even though victims of the disease did reach U.S. shores, you do not need to worry about this disease. Those with Ebola are only contagious when they are symptomatic and can only spread through contact with blood and bodily fluids (urine, vomit, diarrhea, saliva, or feces). This makes contracting the disease very unlikely, especially if you don’t work in the health care industry where Ebola victims are being treated. Stay informed by learning how Ebola spreads.

While Ebola is unlikely, catching the flu has a higher likelihood and can lead to complications like pneumonia. Because of that, consider getting a flu shot during the season. While the flu shot only vaccinates you with strains that are more likely to be passed around this season, and there’s no guarantee that you won’t get a flu strain that was not included in the vaccine, it will reduce your chances of getting severely sick.

Where so far only one person has died of Ebola in the U.S. and two have contracted it, every year around 25,000 die from flu-related disease. Some groups are more likely to suffer from complications of the flu, including the very young and those who are 65 or older. Because those younger than 6 months cannot be vaccinated, parents and caretakers of young babies should be vaccinated. The height of flu season is typically December to February.

This enterovirus is a respiratory illness that has led to serious symptoms in children, especially those with asthma. The Centers for Disease Control and Prevention (CDC) records that 1,153 people in 49 states and the District of Columbia were infected with this strain of the virus in 2014, though that number is likely much higher since many were not tested to confirm the strain. Last year, fourteen people also died from the virus. Symptoms include runny nose, sneezing, fever, cough, and muscle aches while severe symptoms include wheezing, and difficulty breathing.

This stomach virus is the leading cause of gastroenteritis, which leads to symptoms such as stomach pains, vomiting, and diarrhea. It’s estimated that 20 million are infected with the norovirus each year, and as new strains emerge, the number of outbreaks increase. According to the CDC, Norovirus leads to around 55,000 to 70,000 hospitalizations each year and 800 deaths, making it a scarier disease than Ebola, and far more common. It’s most serious in young children, the elderly, and those with compromised immune systems.

Protect yourself and your family from colds, flus and other illnesses. To avoid getting sick, remember to wash your hands often with soap and water, use an alcohol-based hand sanitizer, and avoid touching your face. Regularly clean surfaces that have germs including faucets, doorknobs, toilets, phones, and keyboards.