Recent Outbreaks and How They Were Handled 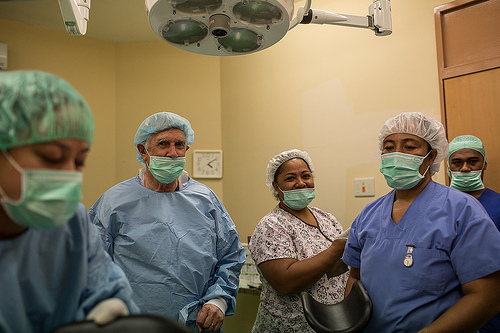 A type of influenza virus, avian influenza A(H7N9) began spreading from poultry to humans in China in 2013. For the avian flu and most other outbreaks, theWorld Health Organization (WHO) maintains global data, informs disease control organizations of risks, and advises health care systems about best practices for isolating and treating diseases. With such widespread information dispersed globally, according to the CDC, this strain of Avian flu was mostly contained in China, where officials consider the outbreak to be under control.

Ebola made international headlines as it spread across borders in 2014, but the majority of cases were isolated in Guinea, Liberia, and Sierra Leone.When Ebola first entered the U.S. in 2014,inadequate health care trainingcaused the disease to spread in an isolated area, asThe Economist explains.The Centers for Disease Control and Prevention (CDC) consulted with global partners to establish Ebola protocols in the U.S., and the disease was quickly contained. As of mid-2015,WHO reports that the Ebola outbreakis contained in Guinea, thanks to significant efforts to educate health care workers about the disease and provide adequate treatment facilities.

Outbreaks inherent to food, such as packaged meat, frozen products, and raw vegetables, are not uncommon in the U.S., as the CDC outbreak bulletins indicate. By sharing information widely and quickly, the CDC often helps contain these outbreaks to relatively small numbers of people. Outbreak bulletins issued by the CDC include details about the affected food and identifying information such as its package date or lot number, the name of the manufacturer or distributor, the states in which the affected product was distributed, the number of people affected by the outbreak, and recall information for the affected food.

Although theCDC declared measles eliminatedfrom the U.S. in 2000, the agency indicated that the disease recently resurfaced, with nearly 700 cases reported in the U.S. in 2014. Although most U.S. citizens receive measles vaccinations, unvaccinated travelers from other parts of the world can infect untreated U.S. citizens. Since measles is considered highly contagious, the CDC continues to recommend vaccination to prevent spreading the disease in the U.S.

MERS first surfaced in 2012 and quietly grew in intensity until mid-2015, when a single traveler spread the disease from its point of origin in the Middle East thousands of miles away to South Korea. AsU.S. News & World Report notes, MERS has now infected more than 1,300 people and killed about 450.In the U.S., the CDC has advised health care providers to be on alert for travelers returning from affected areas in the Middle East, recommending that providers isolate, observe, and test patients as a precaution.

Isolating and preventing outbreaks in the U.S. and around the world continues to be a serious public health challenge. With aMaster of Public Health (MPH) degree, you can strive to safeguard the health of people in your community and throughout the world through researching, providing education, and informing the community about major public health issues.