Skip to main content
X
Get Program Details
This will only take a minute. 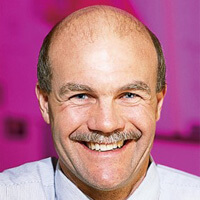 Dr. Gauderman’s research falls into two distinct areas: developing statistical methods for genetic-epidemiologic analysis of pedigree data and design and analysis of studies relating health outcomes to environmental exposures. In the field of genetic-epidemiology, he has developed models and methods of estimation for complex traits that depend on both genetic and environment causes, possibly interacting. He has evaluated a technique known as joint segregation and linkage analysis and has found it to be an efficient strategy both for detecting linkage and for estimating gene-environment interactions when the disease gene has not yet been identified. He has also compared various case-control designs for studying measured genes (e.g. candidate genes). In the field of environmental health, he works with the Children’s Health Study, a multi-community study of lung function and respiratory health in school-aged children in the Southern California area. The ultimate goal of this research is to determine whether air pollution, or particular components of air pollution such as ozone, is associated with reduced lung growth and increased incidence of asthma, bronchitis, and other respiratory illnesses. He is also the principal investigator of the biostatistics core of the NIEHS Center, and thus is available for statistical consultation for projects involving environmental health.