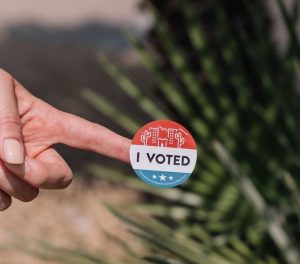 According to the Pew Research Center, 68 percent of registered voters surveyed claimed healthcare as a main issue in the 2020 presidential election. It comes in second to the economy which consistently measures as the top concern of voters. Sixty-two percent stated that the coronavirus is also a factor in this year’s voting cycle.

A deeper look into those numbers shows a significant disparity between the opinions of each political party. Democrats weigh both of those concerns – healthcare (84 percent) and coronavirus (82 percent) – far more heavily than those on the opposite side of the aisle. For Republicans, only 42 percent were concerned about healthcare and just 39 percent about coronavirus.

An article from the Journal of the American Medical Association (JAMA) outlines five main elements that fall under the umbrella of the nation’s healthcare policy. These are:

President Donald J. Trump ran for office in 2016 on a multifaceted platform which included repealing and replacing the Affordable Care Act. The healthcare issues page at WhiteHouse.gov currently states “Obamacare is hurting American families, farmers, and small businesses with skyrocketing health insurance costs.” Clearly, putting an end to the ACA remains central to the Republican platform in 2020.

During Trump’s first term, he supported a variety of Republican healthcare proposals. The recommendations included eliminating protections for preexisting conditions, reducing insurance premium subsidies, and eradicating Medicare expansion. None of these passed through Congress.

The Trump campaign site (promiseskept.com) lists several achievements including $1 billion in support of rural healthcare, a six-year extension to CHIP, funding to address opioid abuse, and approval of a record number of generic drugs. According to Becker’s Hospital Review, Trump signed four executive orders targeting drug prices in July 2020. When no action resulted, he issued a new order in September.

In the area of reproductive health, Trump would like to see Roe v. Wade overturned by the Supreme Court. In line with this position, he has disallowed federal funding for women’s clinics that perform or advocate for abortion. He also created legislation which states that employers do not have to cover the cost of contraceptives, based on moral grounds.

In other actions, Trump reversed antidiscrimination policies for LGBTQ citizens that helped to ensure equity in healthcare. He has also changed immigration law to restrict individuals from entry if they cannot prove that they have health insurance or a way to pay for medical care received in the United States.

Coronavirus, the timeliest of all healthcare issues, has continued longer than the current administration predicted. The administration provided 1.5 million N95 respirators in August, along with $2.5 billion to support testing, staffing and PPE needs. Several billion more have been invested into vaccine research, with hopes for a viable product by election day.

As a co-creator of the Affordable Care Act, candidate Joe Biden has a lot at stake. On the healthcare policy page at JoeBiden.com, his position is cast as having a plan to “build on the Affordable Care Act by giving Americans more choice, reducing health care costs, and making our health care system less complex to navigate.” Areas of focus include putting a stop to surprise billing, leveraging anti-trust laws against insurance monopolies, and investing in innovative solutions for an aging society.

Within Biden’s plan, it is estimated that 97 percent of Americans would have healthcare coverage. There would be a public option for low-income families, without going as far as mandating healthcare for all. He also advocates for lowering the age for Medicare eligibility to 60 (versus 65).

According to Healthcare Dive, lowering the Medicare age would make at least 20 million Americans immediately available for the program. Theoretically, this move would help to improve the health of the 60-64 age group as they head into their later years. Thus, lowering costs and saving money over time.

Like his opponent, Biden wants to rein in the high cost of prescription drugs. His multi-point plan would mandate price negotiation with Medicare, limit drug price increases, improve the availability of generic drugs, and allow consumers to buy drugs from overseas.

However, Biden is in exact opposition to Trump when it comes to supporting women’s reproductive health and Roe v. Wade. He vows to reverse any policies that have been enacted against family planning, contraceptive coverage and healthcare equality for LGBTQ patients.

In terms of COVID-19, The Kaiser Family Foundation (KFF) reminds voters that Biden has dealt with global pandemics during his time as Vice President. Outbreaks of H1N1, Ebola and Zika all emerged under his watch. It was post-Ebola that the Obama administration created a group within the National Security Council for the purpose of health security and biodefense. This group was disbanded by the Trump administration in 2018.

Biden’s COVID-19 plan centers on a coordinated federal response and national standards for preventive measures. Testing, contract tracing and mask mandates are all part of his approach, as is ensuring a healthy supply chain for medical supplies and equipment. Biden also plans to extend financial support for individuals and communities, as well as look at the racial health disparities which were laid bare by COVID-19.

A Choice for Voters

Going into the 2020 presidential election, voters have a distinct choice to make. There is not much overlap in policy positions, apart from an agreement on the need to lower prescription drug prices.

Regardless of the outcome, public health will continue to take center stage as COVID-19 remains part of the American landscape into 2021 and perhaps longer. It’s an exciting time to consider an online MPH degree for professionals who seek to lead health services and policy.