How Public Health Has Evolved

In a 2013 statement introducing new engagement policies, the World Health Organization said, “The global public health landscape has changed dramatically since WHO was established in 1948.” In fact, the founding of the WHO, concurrent with the formation of the United Nations, was itself an important step in the evolution of the field of public health. Whether you are pursuing an advanced degree in public health or are an established professional, understanding that evolution is key to contributing to future development.

The Origins of Public Health 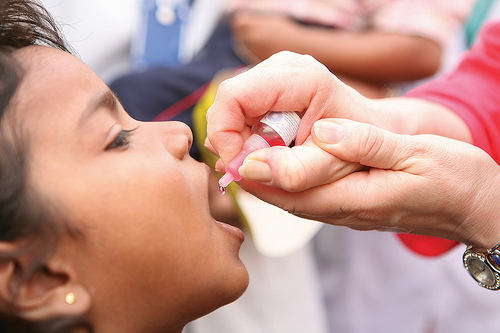 The Commissioned Corps of the U.S. Public Health Service credits John Adams with originating national public health policy in 1798, with the Act for the Relief of Sick and Disabled Seamen. Progress continued throughout the 19th century, as military hospitals were established in key cities, forming the foundation for a national public health system.

A series of global infectious epidemics toward the end of the 19th century, including smallpox, cholera, yellow fever, and other diseases, fueled the passage of the National Quarantine Act and drove the development of immunization standards. The focus of public health policy began to shift from the military to the general population, driven by a need to stop infectious diseases from taking hold in the U.S.

Immunization was just the beginning of the progress in store for public health in the 1900s. Another area of significant improvement was workplace safety. Nearly 200 steel workers died in work-related fatalities in Allegheny County, Pennsylvania from July 1906 to June 1907. In 1997, that number totaled just 17 nationwide. Improvements in workplace safety are credited to labor and management efforts and to considerable education and regulation by government agencies, like the Occupational Safety and Health Administration (OSHA), which was established in 1970, and the Mining Enforcement and Safety Administration, established in 1973 and now called the Mine Safety and Health Administration.

Food safety improved greatly, thanks to sanitation discoveries and improvements, such as hand washing, pasteurization, refrigeration, and better care of livestock. In the 1960s, amid steadily increasing rates of motor vehicle fatalities, Congress passed the Highway Safety Act and established the National Highway Traffic Safety Administration (NHTSA, then known as the National Highway Safety Bureau). These initiatives established public health standards that have saved thousands of lives in subsequent years.

The Center for Disease Control is working to address these challenges through its Climate and Health Program, which the agency says “is helping state and city health departments prepare for the specific health impacts of climate change that their communities will face.” Participating cities and states receive funding to help them identify aspects of local communities that face climate-related risks, and develop response plans to minimize those risks beyond what is provided by existing programs and services.

Just as global events like military conflict, industrialization, and climate change affect society, they also affect public health. By understanding how the field has adapted in response to these challenges throughout history, the next generation of public health leaders can help that evolution continue into the future.