The Flint Water Struggle: A 2019 Update

The Flint Water Crisis began in 2013 when the city of Flint, Michigan, voted to end its water contract with Detroit. Flint was to join the Karegnondi Water Authority but drew water from the Flint River in the interim period. This was intended as a short-term money-saving measure as the city prepared to connect to the new regional water system.

Issues with the water from the Flint River were apparent to residents almost immediately, but the government’s denial of the problems led to a life-threatening health crisis that is still impacting the community. In 2019, the Flint Water Crisis continues to be a major concern for residents.

The scope of the crisis may be of particular interest to students interested in pursuing a Master of Public Health degree. To fully understand the state of the Flint Water Crisis going into 2019, it’s important to reexamine the entire situation, particularly the following key points:

The Story Behind the Flint Water Crisis

Flint began using water from the Flint River on April 25, 2014. Complaints about the smell, taste, and color of the water began flooding in almost immediately, but state officials insisted that the water was safe to drink.

State officials repeatedly claimed the water was safe to drink. Over a year period, officials received numerous reports of water issues, but continued to assure the public of its safety. Residents complained of rashes and hair loss after showering in the water. In July 2015, the state health department identified a three-month spike in lead levels, but this was later dubbed a mere seasonal anomaly. In September of the same year, a pediatrician from Hurley Children’s Hospital reported increased levels of lead in blood samples from children in Flint.

Despite the mounting evidence of unsafe water, the governor didn’t take action until October 2015, switching back to Detroit water. On January 5, 2016, Governor Snyder declared a state of emergency in Flint, and the Department of Justice opened an investigation more than a year after residents were exposed to the contaminated water.

Negligence in the Face of Warnings

Though state officials denied any issue with the Flint water for months, the problem was already documented. The utilities administrator, Michael Glasgow, voiced concerns from the beginning. He sent several emails to individuals at the state’s department of environmental quality.

In one message, Glasgow wrote, “I do not anticipate giving the OK to begin sending water out anytime soon. If water is distributed from this plant in the next couple of weeks, it will be against my direction. I need time to adequately train additional staff and to update our monitoring plans before I will feel we are ready.” Nevertheless, the switch was made.

Uncovering the Source of the Flint Water Contamination 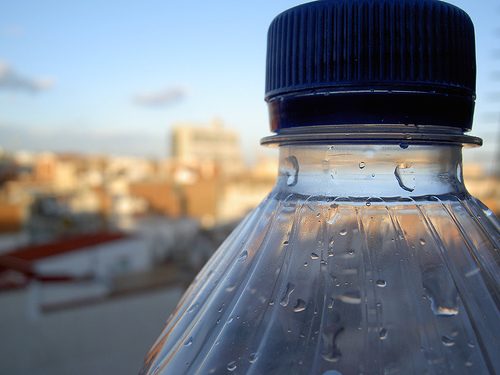 In the months following Flint’s state of emergency, more detailed research was performed to determine the source of the city’s troubles. The primary problem with the water was lead. Cities often treat their water with orthophosphates, which help with corrosion control, causing lead to stick inside pipes rather than enter the water supply. Because the water from the Flint River was not treated with orthophosphates, lead and other chemicals were leeching into the water.

Throughout the crisis, much of the city was relying on old lead service lines. A research team from the University of Michigan in Ann Arbor tested sections of these old pipes and found that lead comprised 12.4 percent of the chemical buildup on the pipes.

The research team estimated that lead residue accounted for 30.7 percent of the weight in the city’s pipes before the switch was made to water from the Flint River. This would have caused 36 micrograms of lead to leech into each liter of water used during the duration of the water crisis. However, water tested in a single home in Flint contained an astonishing 707 micrograms of lead in each liter, which far exceeds this estimate.

Through 2018 and into 2019, public health and government officials have taken action to address the grievously overlooked issues with the Flint water system. This includes efforts to remedy the source of the problem and to help residents deal with ongoing health issues that may continue to plague them throughout their lives.

During the Flint Water Crisis, lead levels were not properly tested. City officials admitted to having failed to test water from homes with a high risk for elevated lead. Following this admission, lead testing was suspended from the second half of 2015. However, testing has since resumed and revealed steadily dropping levels of lead. Federal regulations state that at least 90 percent of water samples tested under the Lead and Copper Rule must have lead measuring at or below 15 parts per billion (ppb).

The End of Free Bottled Water for Flint

Despite the progress in the state of the city’s water, residents remain skeptical of its safety. In April 2018, the state governor announced that Michigan would no longer provide free bottled water to residents. This came shortly after the state approved Nestle’s request for a permit that would allow the bottled water giant to nearly double the amount of water that it pumps.

This was a painful blow to Flint residents who pay an average water bill of around $200 a month for water they’re still wary of. Meanwhile, Nestle pays just $200 a year to pump roughly 100,000 times the amount of water that a Michigan resident would use. Worse, in the eyes of many residents, is that Nestle’s new permit allows the company to increase its pumping for no additional fee.

According to the 2016 census, Flint has the highest poverty level in the country among cities with a minimum of 65,000 residents. The median household income between 2013 and 2017 as represented in 2017 dollars was $26,330. Considering the extreme hardships that are suffered by those in the city, the hazardous water and resulting health conditions seem even more unmanageable.

Enrollment in the Flint Registry began in the fall of 2018 and will continue through 2019. This program, funded by a four-year grant from the federal government, is expected to benefit about 130,000 individuals. Over 5,000 people pre-enrolled in the registry.

The registry will identify valuable services in the community that individuals are eligible for while monitoring the ongoing impact of the lead exposure on citizens. During the crisis, at least a dozen people died from Legionnaires’ disease, and another 87 were taken ill. This pneumonia is caused by the bacterium Legionella pneumophila, which grows in water and was found in the Flint water supply.

Exposure to the high lead levels in the water is likely to cause issues for years into the future. Pediatrician Dr. Mona Hanna-Attasha described lead exposure as “a silent pediatric epidemic,” saying, “It’s something that we see years if not decades after exposure.” Among the effects of lead exposure are behavioral and cognitive issues and lower IQ levels. Though there’s no way to undo the effects of lead exposure, programs are in place in Flint to help reduce the impact on these children. Mobile grocery stores and 24-hour mental health care are among the solutions available.

Throughout 2019, Flint will continue to address the water pipes that were weakened during the crisis. As the water was not properly treated with anti-corrosives, these pipes have suffered serious damage in many places. The FAST START project to replace lead pipes in the city began in 2016 and was originally slated to be completed in late 2019. By the end of 2018, about 7,000 of the city’s 18,300 lead or galvanized steel water lines had been replaced. The project is still slated to reach completion by the end of 2019.

Executive Directive in Response to the Crisis

Governor Gretchen Whitmer signed an executive directive going into 2019 that will require state employees to immediately report any threat to public health and safety to their superiors. If agency officials lack the resources to handle such threats, reporting will escalate to Michigan’s chief compliance officer. This is in direct response to the Flint Water Crisis and to residents’ continuing fears over the safety of their drinking water.

Those who are interested in getting involved in this and other issues important to community health can learn more through the Master of Public Health online degree at the Keck School of Medicine of USC. This program explores the world of public health and how professionals can best respond to issues similar to what happened in Flint.

NBC News: A Timeline of the Flint Water Crisis