The Next U.S. Drug Epidemic: 2019 Predictions

Drug addiction is an epidemic in America, with opioids and heroin at the forefront. However, other drugs are joining them as serious dangers to the public health – specifically, benzodiazepines. 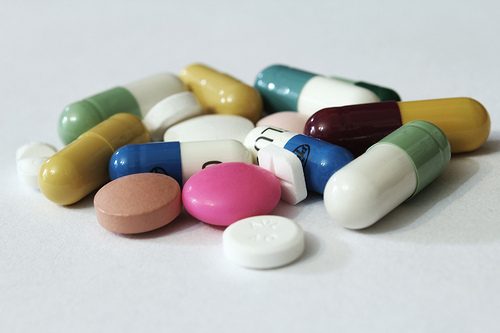 Benzodiazepine drugs, such as Xanax, Valium, and Klonopin, are commonly prescribed for insomnia and anxiety. Perceived as safe by the general public and many physicians, these medications are now taken by millions of individuals on a long-term basis and together with opioid painkillers. Such widespread and careless use of benzodiazepines bring serious concerns to public health officials, as this type of drug is only meant for short-time use and should never be combined with opioids.

While they might be quite harmless when administered alone and for a short period of time, benzodiazepines pack some serious health dangers for patients who abuse them. Prolonged use of benzodiazepines puts individuals at risk of dependence. Combining benzodiazepines with opioid drugs increases the chances of a fatal overdose.

Emerging research information and clinical observations point to mounting and unforeseen dangers of benzodiazepines and call for heightened attention to the drug prescription and administration protocols. Disconcerted by benzodiazepines’ effects on patients and witnessing the strife in the medical community, many health officials recognize the signs of an upcoming drug epidemic.

Dangers of Discord in the Medical Community

While many public health officials and medical doctors began scrutinizing widespread prescription of benzodiazepines, other members of the medical community still support the use of benzodiazepines and consider them safe and highly effective for working with serious cases of insomnia and anxiety. As the former group is concerned with the detrimental health effects of the drugs, the latter group is solely focused on the positive impact on patients’ well-being. This highly unfavorable divide and polarity produce counterproductive measures and actions.

Lacking desired unity, the medical community can’t reach a consensus on the appropriate strategy regarding benzodiazepines. It is impossible to come to an agreement when each side’s views are so rigid that they discount any possibility for another point of view. When parties veer to the farthest right or the farthest left, the decisions they make can only benefit their proponents and completely disregard the needs of the other party. With greater awareness and better comprehension of the drug and its effects on the body, the views of both groups may become more balanced and help develop a healthier approach in resolving the problem.

Benzodiazepines Beginnings and What Went Wrong

Discovered by Leo Sternbach, benzodiazepines first appeared on the market in 1960, with the emergence of modern psychopharmacology. Due to their hypnotic, sedative, muscle-relaxant, anxiolytic, anticonvulsant properties as well as tolerability and ease of use, these drugs quickly became popular and have been used by psychiatrists to treat insomnia, anxiety disorders, and alcohol withdrawals. They have often been included as helpful additions in protocols for other conditions as well.

Observing some familiar disturbing patterns with benzodiazepines, Dr. Anna Lembke, a researcher and addiction specialist at Stanford University, recalls the opioid crisis in the 1990s: “It really does begin with overprescribing. Liberal therapeutic use of drugs in a medical setting tends to normalize their use. People start to think they’re safe and, because they make them feel good, it doesn’t matter where they get them or how many they use.”

Although benzodiazepines have been abused from the start, the severity of the situation has escalated in recent years, because now they are often combined with opioid overuse. While deemed generally safe when used correctly, benzodiazepines still have some side effects. However, in combination with opioids, the list of negative effects not only grows but also becomes a lot more dangerous.

Besides being generously used and combined with painkillers, modern forms of benzodiazepines are more potent and pose a higher risk of overdose even when taken on their own, according to addiction doctors. Another danger comes from counterfeit forms of Xanax, which contain the synthetic opioid fentanyl.

According to the president of the American Society of Addiction Medicine and addiction doctor, Dr. Kelly Clark, “community mental health centers in Louisville stopped prescribing Xanax because it is such a common drug of abuse and so dangerous in combination with alcohol and opioids.”

When the Food and Drug Administration (FDA) released a warning about the risks of benzodiazepines taken along with opioids in 2016, many doctors quickly began to take their patients off combined prescriptions, moving to one drug. Patients were not warned about possible withdrawal symptoms that ranged from seizures to death.

Backlash Against New Regulations for Benzodiazepines

As a result of newly imposed regulations on benzodiazepines, many doctors around the world had difficulties in prescribing these drugs, while many patients went through serious withdrawal symptoms. In response to these developments, a group of scientists, researchers, and psychopharmacologists created the International Task Force on Benzodiazepines. Task force members believe that benzodiazepines are essential for treating certain conditions. By collecting data on benzodiazepines, they hope to create a more complete profile on the drugs, prove their benefits, and preserve them in the medical arsenal. Worried about benzodiazepines’ discontinuation, the organization finds that the focus on negative side effects is excessive and unsupported. As such, the task force’s goal is to promote awareness among medical audiences about the positive effects of benzodiazepines.

The task force arguments have a point, and its efforts seem reasonable. Many psychiatrists, even those who oppose benzodiazepines, find the drugs effective for severe anxiety and insomnia cases and safe when used for no longer than a few weeks. However, many health officials believe that by focusing on health risks, it might be possible to prevent a benzodiazepines epidemic.

To ward off an upcoming drug epidemic and instill higher safety standards, patient advocates and researchers propose various measures that would increase awareness among medical students, doctors, and patients about benzodiazepines’ risk factors.

As she recovered from Xanax dependence, Dr. Christy Huff experienced the full extent of withdrawal symptoms that benzodiazepine patients go through. She also knows how easy it is to overlook the possibility of side effects, only to become aware of them when it is too late. Now, she is a co-director of a non-profit organization in Utah ― the Benzodiazepine Information Coalition — which promotes more effective warnings for patients and prescribing doctors.

Dr. Lembke proposes to establish strict regulations and handle benzodiazepines like the opioid group of drugs: “We have this whole infrastructure set up now to prevent overprescribing of opioids and address the need for addiction treatment. We need to start making benzos part of that.”

While dangers from benzodiazepines are mounting, the measures taken by local governments prove to be not only insufficient for patients’ safety but also polarizing for the medical community. The current state of affairs on anti-anxiety drugs is not conducive to productive problem resolution. For a nationwide reform on the drugs’ administration, health officials and medical professionals will need to reach some common ground. If things continue the way they are and everyone keeps pushing in their own direction, patients may continue to suffer side effects from either improper use of the drugs or their sudden discontinuation.

While a proper warning system for patients is crucial for creating greater awareness about adverse reactions to drugs, the change starts with medical professionals and public health officials. Caution in drug administration needs to be instilled in medical students and consistently encouraged throughout their careers. Special attention needs to be given to educating public health leaders on developing an unbiased view of the issues at hand and finding unorthodox solutions for critical public health problems.

With advanced public health education and training, health officials will be better prepared to tackle the health challenges of the modern world. Visit the Keck School of Medicine of USC to learn about the Master of Public Health program. Students can choose among six different concentrations to specialize in those areas of public health service that interest them the most.