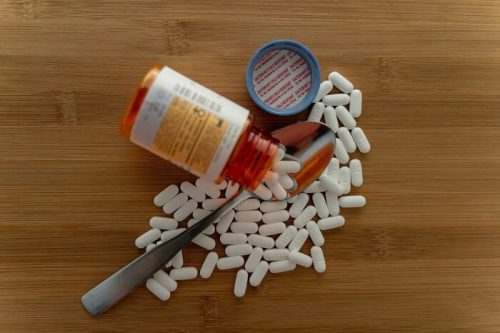 An issue brief from the American Medical Association’s Advocacy Resource Center reports that more than 40 states experienced increases in drug-related deaths in 2020. Growing rates of substance abuse in the United States are part of a larger worldwide trend escalated by COVID-19.

The phrase “deaths of despair” first emerged in 2015. It’s returned to the vernacular with the publication of “Deaths of Despair and the Future of Capitalism,” a book by Anne Case and Angus Deaton released in March 2020.

According to a piece in Science News which reports on the findings within the book, mortality rates among adults (45-54) without a college degree have risen exponentially since the 1990s – due to increases in alcohol abuse, drug abuse and suicide. Pointing to a much larger problem being made worse by COVID-19 and the resulting economic downturn.

The Well Being Trust estimates tens of thousands of new deaths of despair due to the stressors of unemployment, isolation and uncertainty. This data resulted from a study that analyzed the impact of unemployment rates against differing speeds of economic recovery. The worst-case scenario calculates the potential for 154,037 attributable deaths in 2020.

The group also mapped its projections for additional deaths of despair through 2029. Many of the western states fare poorly at an anticipated rate of 9.22 deaths per 100,000 people, as do counties in the Appalachian region.

The Journal of the American Medical Association Health Forum published a piece that examined the latest findings from the Centers for Disease Control and Prevention (CDC). The data also suggests that United States will experience a record year for deaths from drug overdoses in 2020. The previous record was in 2019 with 71,966 overdose deaths – primarily from opioids and synthetics like fentanyl.

While the flow of fentanyl from China has slowed during the pandemic, there are still opioids available, often at higher prices. According to the Daily Beast, an increase in costs only further hurts individuals who may resort to criminal activity to support their habit. In the case of heroin, supplies are also being diluted to create more product. Thus, leading to the fear of increased overdoses when the supply chain opens back up and potency increases once again.

Another concern that can lead to overdose is withdrawal itself. According to a study authored by  Dr. Ricky Blumenthal, Professor of Preventive Medicine and Associate Dean for Social Justice at the Keck School of Medicine of USC, going through the withdrawal symptoms associated with opioid use can increase the chances that someone who injects drugs will share his or her needles or experience an overdose. The study encourages the use of medication-assisted treatment for withdrawal to intervene in this trend.

As with other health conditions and concerns during COVID-19, the federal government relaxed its rules for virtual treatment of opioid patients. According to Vox and as is suggested in the aforementioned study, the new rules allowed for easier distribution of prescriptions of buprenorphine and “take-home” doses of methadone, allowing them to be dispensed without in-person clinic visits. They also made it easier for care to be covered by Medicare and Medicaid. These are changes that have been championed for advocates and activists for years. Whether these rules will remain in place over the long term is yet to be seen.

Alcohol is legal, easy to get and relatively affordable. It’s also a public health danger that can lead to addiction. A study by think tank RAND Corporation shows 41% growth in heavy drinking among women due to the stressors of the pandemic. (Heavy drinking being categorized as “four or more drinks within a couple hours.”) Younger adults and non-Hispanic whites are also imbibing at increased rates.

Boxed wine sales increased 44%, with one box of wine typically equating to four bottles. Sales of 1.75-liter bottles of spirits grew by 47% in comparison to smaller bottles. The same can be seen in multipacks of beer and hard cider, with sales of 24 and 30 packs increasing by about 20% each.

President-elect Joe Biden has outlined a five-point public health approach to combatting substance use, including a $125 billion investment in prevention, treatment and recovery. This plan focuses on investing in underserved rural and urban communities, making medication-assisted treatment universally available, and expanding training for medical personnel under the Opioid Workforce Act.

There are also funds to help first responders better manage overdoses in their local areas. This includes equipping communities with ample supplies of Naloxone (Narcan), as well as providing mental health support to police and firefighters who must regularly attend to overdoses and substance-related deaths.

The American Journal of Managed Care suggests that COVID-19 has offered learning opportunities for the treatment of opioid addiction. The premise is that if social isolation worsens the opioid epidemic, then the opposite should theoretically prove helpful – making the case for in-person group treatment once it is again safe to do so. Stress reduction techniques, physical activity and health education could also play a role.

A new study on “Residential Substance Abuse and Mental Health Facilities” previewed by Global Newswire, also projects an increasing demand for in-person care. North America currently accounts for 63% of these facilities, as part of a $86.4 billion global market in 2020. It is expected that the market will increase to $101.8 billion in 2023, while the development of new facilities grows at a compound annual rate of 11.9% through 2030.

There is no shortage of challenges for public health officials who seek to tackle the problems of substance abuse in years ahead. But there are also opportunities to become a thought leader and change maker with the advanced education offered by the Keck School of Medicine of USC. Learn how you can be part of the solution with our Master of Public Health program.