The Return of Ebola and the Development of a Vaccine

When the last Ebola outbreak retreated after it swept over West Africa from 2014 to 2015, no one could have predicted that another outbreak would strike the Democratic Republic of the Congo (DRC) only 3 years later. Since April 4, the World Health Organization (WHO) predicts that 44 people have been infected with a fresh strain of Ebola and that 23 of those 44 have died from the disease. Of those 23 deaths, the WHO notes that three of them were healthcare workers attempting to quell the disease. 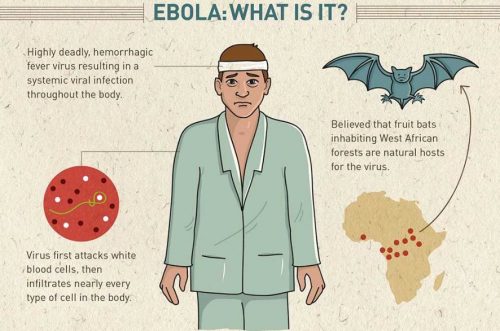 Ebola’s ferocity has helped it become one of the most feared diseases of modern times, and experienced professionals across the global health sector are constantly working to uncover its secrets and formulate effective vaccines. Fortunately, this most recent strain of Ebola will face tough competition thanks to a powerful new vaccine.

Here’s what you need to know about the most recent outbreak of Ebola in the DRC:

Ebola Outbreak in the Democratic Republic of the Congo

Since those initial 44 individuals became infected, the WHO has identified almost 400 contacts of Ebola victims in the Bikoro region, with whom the organization is following up. These patients, according to the WHO, “presented with fever, diarrhea, abdominal pain, myalgia and arthralgia, and some also showed hemorrhagic signs and symptoms.”

Health officials are concerned with the high case fatality rate and suspect that such a rate indicates that more Ebola cases are likely in the country somewhere, according to Julia Belluz of Vox. Daniel Bausch, director of the UK Public Health Rapid Support Team, told Vox that “If you have [that many] cases that are fatal, that tells me we don’t know how big the iceberg is — that there’s more that have not been detected yet.”

Belluz points out that while the Bikoro region, where the outbreak began, is a remote region of the country with a population of only around 163,000, “it’s also a market town with a port, situated on a lake connecting the highly trafficked Congo and Ubangi rivers. So people with Ebola could be a boat ride to Kinshasa or Brazzaville, the capital of the neighboring Republic of the Congo.” To confirm fears of that potential spread, the WHO confirmed a case of Ebola near Mbandaka, an area with a population of 1.2 million people that sits 100 miles away from Bikoro.

While both the WHO and other groups are attempting to contain the disease, at this point, the World Health Organization estimates that Ebola will continue to spread within and outside of the DRC because of “the nature of the disease and the lack of epidemiological and demographic information to estimate the magnitude of the epidemic.”

Why the Fear Over Ebola?

No matter where it rears its head, Ebola causes international concern when an outbreak occurs. What makes Ebola so dangerous? One of the greatest causes for concern related to Ebola is that the disease kills many of those it infects, though, as Belluz points out, “that death rate can be highly variable depending on the resources patients and doctors have access to. That means Ebola is deadlier in poorer countries like the DRC than it is in the U.S. or Europe.”

Another cause for concern is Ebola’s ability to quickly transfer between individuals. In order to get Ebola, one must come in direct contact with the bodily fluids (such as urine, blood, or vomit) of one who is already infected. Once infected, as the WHO notes, victims start to sweat, experience aches and pains, vomit, have uncontrollable diarrhea, and often feel dehydrated. Some of these patients will also bleed or go into shock. It’s also troubling that symptoms can appear anywhere between two and 21 days after exposure to the virus, so an individual can be infected long before exhibiting signs.

In the worst cases of Ebola, patients can die, sometimes within a few days of contracting the disease. Even survivors of Ebola often only resume regular life after months of recovery that can include hair loss, extreme fatigue, hearing loss, and inflammation of certain parts of the body. Ebola is even resilient enough to live in certain bodily fluids months after any trace of the disease has been eliminated.

Fortunately, the DRC seems prepared to tackle this outbreak of the virus. “We have some experience of managing this kind of an outbreak in a city,” reports Dr. Muyembe, head of the National Institute for Biomedical Research in the DRC. “I don’t think we’ll have the kind of situation witnessed in West Africa in 2014.”

One significant aspect of that response plan is a new vaccine whose preliminary results, released more than a year ago, showed that if a patient received the vaccine immediately after contact with someone infected with Ebola, the vaccinated person never caught the virus. The WHO, along with other international partners, has recently revealed more extensive research into the vaccine deemed rVSV-ZEBOV. Through 2015 and 2016, the Ebola vaccine was tested on 5,837 people in Guinea and Sierra Leone. Every individual who received the vaccine did not contract Ebola.

Such a rate of success in monumental. Though it is one of about a dozen Ebola vaccines, according to Adam Rogers at WIRED, this particular vaccine is establishing itself as one of the most effective. Rogers continues to explain that the “VSV there is vesicular stomatitis virus, which doesn’t infect humans, and here scientists have replaced a particular glycoprotein with one from the Zaire strain of Ebolavirus (the “Zebov”). It’s a so-called live attenuated vaccine, a potent inducer of immunity that requires just one dose.”

There’s only one problem with the vaccine, as Rogers points out. The vaccine is effective, but its developers, according to Seth Berkley of GAVI, “haven’t done all of the stability and process work they might do.” Rogers clarifies that this means “the developers of the vaccine didn’t have time to figure out how to formulate it to be stable at the usual 2 to 8 degrees C. (That’s 35.6 to 46.4 degrees if you’re Team Fahrenheit.)” This means that, although the vaccine works, until medical professionals are ready to use the vaccine, they must keep it frozen at -76 to -112 degrees Fahrenheit.

In order to keep the vaccine that cold, Global Good built Arktek, “possibly the coolest cooler on Earth,” says Rogers. Arktek is based on similar technology used to contain chemicals such as liquid nitrogen. It is a “double-walled vessel with near-vacuum in between, held together with reinforced fiberglass.” That vacuum, according to Rogers, reduces convection and thus reduces heat transfer. An additional coating on the inner vessel also reduces thermal radiation, and the reinforced fiberglass “keeps heat from leaking in that way.” The technology creates something resembling a battery, but one that provides cold rather than heat.

Thanks to Arktek’s supercold technology, vaccines could be preserved in the sweltering heat of Africa until it was needed.

Additional Response to the Outbreak

In addition to the vaccine and its Arktek container, the WHO has detailed other aspects of the response to this most recent Ebola outbreak:

Where does Ebola hide between outbreaks? In order for Ebola to survive long enough to infect others, it must find refuge within something called a reservoir species. Unfortunately, while there is rampant speculation all around, Leigh Cowart of The Wire points out that no one is positive in what reservoir species Ebola finds shelter.

Since so many outbreaks occur in Africa, most research on possible reservoirs has focused on equatorial forests on the continent. After considerable research, many scientists predict that bats are to blame for harboring Ebola since they often interact with humans and they can carry the Ebola virus without showing symptoms. Fruit bats, specifically, have many researchers convinced that they are the reservoir species, but others think that the bat Mops condylurus could be the culprit. Still, others think that insects or certain fungi could be the species they’re looking for.

While scientists don’t currently have a reservoir species confirmed, organizations continue devoting resources to finding the species, since doing so can help scientists stop Ebola outbreaks before they happen.

The fight against Ebola requires collaboration between many sectors, from the government to healthcare to technology and more. And while this most recent outbreak has already claimed lives, each rise of Ebola teaches global health professionals more about how to prevent the next outbreak.

For those interested in contributing to global health and the fight against Ebola, Public Health master’s degree from the Keck School of Medicine of the University of Southern California could be the right choice.