Not only has the trend in child mortality rates remained downward since 1990, but it has also accelerated in that direction since 2000, according to UNICEF. The life expectancy of children under five has increased, indicating brighter futures for children around the world. Here are five things to know about the shrinking child mortality rate and what it means for our planet’s future.

Deaths Remain the Highest in the WHO African Region

While the United Nations and the World Health Organization (WHO) have made tremendous strides in reducing the child mortality rate in most developing nations, the WHO African Region remains an area of great concern. In this region, for every 1,000 children born, 81 will die before they reach the age of five. The WHO African Region includes over 40 countries, such as Kenya, Ethiopia, Mali, Madagascar, Nigeria, and Zimbabwe. The mortality rate of this region is seven times higher than that of the WHO European Region, where only 11 children per 1,000 born will die before age five.

Still, recent trends indicate that there is hope. UNICEF reported in 2015 that sub-Saharan Africa experienced a significant decline in child mortality rate. In the 1990s, the area had a rate of reduction of just 1.6 percent, but from 2000 to 2015, the region registered a reduction rate of 4.1 percent.

When Poverty Decreases, the Child Mortality Rate Falls With It 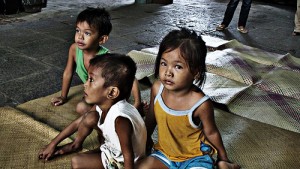 In fact, in 2015, the WHO reported that the child mortality rate in low-income nations was 11 times higher than that of high-income countries — 76 deaths per 1,000 births compared to 7 deaths per 1,000 births. This is one of the reasons that the United Nations has made eradicating extreme poverty and hunger its number-one and two Sustainable Development Goals.

Further, according to UNICEF, from 1990 to 2015, 62 of the 195 countries that participated met the U.N.’s Millennium Development Goal (MDG) 4 of reducing the child mortality rate by two-thirds. That achievement is especially remarkable for the 24 of those 62 countries that qualify as low- and lower-middle income nations.

But there’s much work yet to do. The planet’s current mortality rate translates into 11 children under five dying every minute worldwide.

Targeting the Neonatal Period Has Brought Us This Far

The neonatal period, or the first 28 days of a child’s life, is the highest-risk period for mortality. In fact, 45 percent of deaths of children under five happen during this period. Prematurity, labor complications, and sepsis are just a few of the causes of neonatal mortality. Improving the neonatal survival rate around the world has been a huge boon to the reduction of the overall child mortality rate.

Going forward, focusing on high-quality neonatal care will help reduce the child mortality rate even further. WHO recommends concentrating on ensuring skin-to-skin contact for the infant, breastfeeding, and providing additional care for premature and small infants.

The U.N. has reported for decades that the deaths of most children under five are caused by preventable diseases or diseases that are readily treatable with well-established and cost-effective methods. For example, almost half of all child deaths are caused by undernutrition, according to WHO.

Likewise, infectious diseases, including diarrhea, meningitis, pneumonia, malaria, and tetanus, caused about half of the 5.9 million deaths of children under five in 2015, according to UNICEF. Both organizations point out that we can use public health insights to take action by offering preventive and curative measures to developing nations.

The shrinking child mortality rate owes much to the field of public health for identifying the causes and the cures associated with the deaths of children under five. A career in public health or public health research could mean that your work makes a real difference in solving world problems like child mortality. If you’d like to learn more about advanced studies in public health, visit the Keck School of Medicine of USC for more information about our Master’s of Public Health online degree.