The word “cholera” evokes images of bedridden pioneers and sweeping epidemics far removed from our modern society. Cholera is something we read about in history books; it’s a disease practically extinct in the developing world. Or is it?

The sad reality is that cholera is making a comeback, and medical professionals are racing to brush up on a once-common disease that had all but disappeared in industrialized nations. 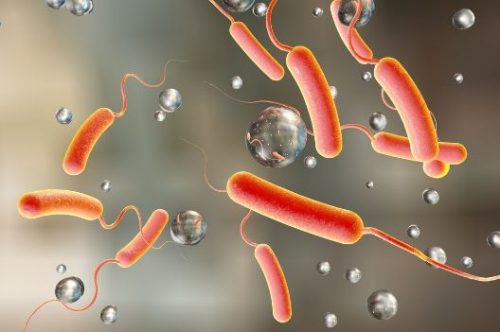 The Origins of Cholera

According to estimates by the World Health Organization (WHO), 3 to 5 million people around the globe are infected with cholera every year, and as many as 120,000 of those people die from the disease. Although cholera continues to run rampant in undeveloped nations, it is an ancient disease with origins dating back to the lifetimes of Hippocrates and Buddha.

Cholera was first recorded in 1563 in a medical report in India, but humanity didn’t start to get a clear picture of the disease until 1817 when it spread to the rest of the world. Cholera is a highly contagious disease that countless millions have contracted and died from, and its potential comeback has medical experts reeling.

Key symptoms of cholera as outlined by the Mayo Clinic are sudden diarrhea, nausea, vomiting, and severe dehydration. Cholera-related diarrhea is unlike any other type of diarrhea in that it often resembles rice-water with its pale, milky appearance. The dehydration that occurs from diarrhea and vomiting can develop within hours of the first symptom. Patients may exhibit other symptoms, such as sunken eyes, lethargy, irritability, extreme thirst, shriveled skin, a dry mouth, low blood pressure, and little or no urine.

Cholera symptoms can lead to an electrolyte imbalance that causes muscle cramps and shock, the latter of which is one of the more severe complications of cholera-related dehydration. If left untreated, the shock can result in death in mere minutes.

Cholera is caused by a bacterium known as Vibrio cholerae, but the disease’s deadly effects stem from a toxin called CTX, which is produced in the small intestine. The CTX interferes with the intestine’s normal flow of chloride and sodium, causing the body to secrete abnormal amounts of water in the form of fluid loss and diarrhea.

Vibrio cholerae is mainly contracted in contaminated water sources, but uncooked fruits, raw shellfish, and other foods can harbor the bacterium and cause an infection.

The disease sweeps through the body in three stages. The first is the evacuation stage, which lasts anywhere from three to 12 hours. During this stage, vomiting, diarrhea, thirst, and abdominal cramps occur. Once the second stage begins, the patient develops purplish, wrinkled skin, low body temperature, low blood pressure, and a weak pulse. The patient may also have little to no urine output. Those who make it to the third stage may see an improvement in symptoms, but pneumonia and other secondary infections can occur.

In early 2017, the World Health Organization released a publication stating that the number of suspected cholera cases in Yemen had reached 100,000. By October, The Guardian reported that the millionth case was looming, with an estimated 600,000 children likely to be affected by the end of 2017. These statistics have made Yemen’s cholera outbreak the worst case in history.

Conflict in Yemen has caused a humanitarian crisis since 2015, leaving more than 14.8 million people without access to health care services. More than 270 health facilities have been destroyed or damaged, and health workers have been killed or injured amid the

violence. WHO and the United Nations Children’s Fund have battled the outbreak with cholera kits and intravenous fluids, but civil war in Yemen has made these efforts difficult.

With all our modern medical knowledge, cholera isn’t the death sentence it once was, but a patient needs to receive help quickly. Unfortunately, since cholera can result in death in a matter of hours, patients decline too rapidly to receive help, and the infection spreads to other victims. The outbreak in Yemen is similar to the last cholera pandemic that started in Indonesia during the 1960s. It spread across Asia before making its way to Europe in 1973 and then to Latin America in 1991, leaving more than 4,000 people dead.

Years of political turmoil have fueled the epidemic in Yemen, creating a dire situation. The country has been crippled by the fighting between the Houthi rebels and the Saudi-led coalition. According to Tamer Kirolos, country director of Save the Children, “there’s no doubt this is a man-made crisis. Cholera only rears its head when there’s a complete and total breakdown in sanitation.”

The crisis was also exacerbated for other reasons. Yemen’s sanitation workers, who had gone unpaid, went on strike, leaving garbage in the streets, which then washed into the water supply. In 2016, Yemen’s government stopped funding the public health department, meaning that many hospital staff and doctors have gone unpaid for over a year. Unless these core issues are addressed, there’s little anyone can do to treat those infected with the disease.

What Can We Learn from This Outbreak?

Current and future health officials can learn much from this cholera epidemic. Cholera is easily treated with intravenous fluids, oral rehydration salts, and antibiotics in the most severe cases, but a lack of clean water and access to treatment centers has left many sufferers defenseless. Organizations such as WHO and UNICEF are working on the ground to respond to the outbreak, providing hygiene kits, water treatments, and medical supplies.

Short of volunteering as a health care provider for these organizations, doctors and nurses are limited by government inaction and civil war. The lessons we take from this epidemic may be on a much larger scale, as country officials are made aware of just how devastating their actions can be on the population.

Those wanting to make a difference in the future should consider earning a Master of Public Health degree. To learn more about earning an MPH degree online, visit the Keck School of Medicine at the University of Southern California.