“The reported cases of tick borne diseases are increasing,” says Anne Schuchat, acting director of the Centers for Disease Control and Prevention in a Time article from May 2017. An increase in the number of ticks — and a corresponding increase in cases of tick-borne illness — is an issue that is worthy of the attention of anyone who is interested in public health, particularly students who are pursuing a master’s degree in public health.

What is causing the increase in ticks, which diseases are of particular concern, who is most at risk, and are there any steps people can take to protect themselves?

Warmer Winters Lead to an Increase in the Tick Population 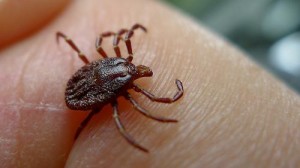 Dr. David Agus, speaking to CBS This Morning noted that two warmer winters in a row are a significant factor in the predicted increase in ticks. However, the weather has only an indirect effect on the tick population. Most types of ticks survive winter by going dormant or by latching onto a host; deer ticks are active throughout the year.

Warmer winters lead to an increase in the tick population because milder temperatures help ticks’ hosts to survive and even thrive year-round. Warm weather has led to a large acorn harvest, and as Dr. Agus stated, “Acorns are what mice eat and mice carry ticks. So with happy mice running around, we’re going to see more ticks this year.”

Warmer weather does not always lead to an increase in the tick population, but it can lead to a longer tick season. A New York Times article from March 2012 quoted a public health entomologist who stated, “It’s not that the warm weather has created more ticks, but it has created the opportunity for both humans and ticks to be more active, and to make contact with each other.”

Whether the problem in 2017 is a longer tick season or a greater number of ticks, or both, the results may be the same: an increase in occurrences of tick-borne diseases.

CBS News noted that roughly 30,000 cases of Lyme disease are confirmed each year in the United States. However, this may be a substantial underreporting. There may be as many as 300,000 cases each year. What is the reason behind the discrepancy? Dr. Agus, mentioned earlier, said that the FDA-approved test for Lyme disease often doesn’t show positive results until four to six weeks after a person is infected, and it doesn’t always turn positive even if the person has been infected.

An article from Healthline noted that up to 20 percent of Lyme disease cases can lead to chronic symptoms for patients, including fatigue, arthritis, and sleep disturbances.

While no one should underestimate the severity of Lyme disease and the importance of preventing it, there is another tick-borne illness that is causing even more alarm within the medical community.

Powassan virus is a relatively new illness. According to an article from The Chicago Tribune, only 75 cases have been reported in the past decade. However, experts predict that there may be more cases this year because of the thriving and active tick population.

Powassan virus is a major cause for concern because of how serious the illness is. An article in The Chicago Tribune notes that there is no specific treatment for Powassan virus. There is also no vaccine available. Dr. Jennifer Lyons, quoted in a CNN article stated, “About 15% of patients who are infected and have symptoms are not going survive. Of the survivors, at least 50% will have long-term neurological damage that is not going to resolve.”

Who Is at Risk?

Anyone who gets bitten by a tick, regardless of their age, gender, or race, is at a risk for contracting a tick-borne illness. However, the chances that someone will get bitten by a tick in the first place may depend largely on where a person lives. An article from CBS News brought out the following facts about tick populations:

Data from the CDC provided even more information on tick populations across the United States:

In short, there is no one in the United States who lives in an area without ticks.

The best way to prevent tick-borne illnesses is to take precautions against getting bitten. According to the CDC, some practices that can help to prevent tick bites include:

As you work toward your Master of Public Health Online at Keck School of Medicine of USC, it’s important to educate yourself on public health issues like this one as you prepare for your career. After graduation, you may find yourself educating the public on how to guard against tick-borne illnesses and other important issues that affect public health.