The war on drug use and addiction is a huge focus for public health officials right now, with opioids and heroin at the forefront of the fight. But opioids aren’t the only drugs causing health concerns in 2019: benzodiazepines present a growing threat. 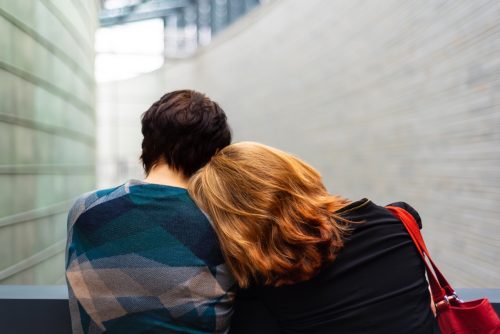 Photo by Kylli Kittus on Unsplash

Benzodiazepine drugs, such as Xanax, Valium, and Klonopin, are commonly prescribed for insomnia and anxiety. Perceived as safe by the general public and many physicians, these medications are now taken by millions of individuals on a long-term basis and together with opioid painkillers. Such widespread use of benzodiazepines creates serious concerns among public health officials, as this type of drug is only meant for short-time use and should not be combined with opioids.

While they might be quite harmless when administered alone and for a short period of time, benzodiazepines pack some serious health dangers for patients who abuse them. For example, prolonged use of benzodiazepines puts individuals at risk of dependence; combining them with opioid drugs increases the chances of a fatal overdose.

Alarming Statistics on Benzodiazepine Use

The Origins of Benzodiazepines

Discovered by Leo Sternbach, benzodiazepines first appeared on the market in 1960, with the emergence of modern psychopharmacology. Due to their hypnotic, sedative, muscle-relaxant, anxiolytic, anticonvulsant properties as well as tolerability and ease of use, these drugs quickly became popular and have been used by psychiatrists to treat insomnia, anxiety disorders, and alcohol withdrawals.

Fast forward to modern times… anxiety issues are discussed more openly today than they were in the past, and Americans’ anxiety levels seem to be on the rise. According to the American Psychiatric Association’s Public Opinion Poll at its 2017 annual meeting, 36% of respondents felt more anxious than they had been at the same time a year ago, while only 20% felt less anxious.

Observing some familiar disturbing patterns with benzodiazepines, Dr. Anna Lembke, a researcher and addiction specialist at Stanford University, recalls the opioid crisis in the 1990s: “It really does begin with overprescribing. Liberal therapeutic use of drugs in a medical setting tends to normalize their use. People start to think they’re safe and, because they make them feel good, it doesn’t matter where they get them or how many they use.”

Besides being generously used and combined with painkillers, modern forms of benzodiazepines are more potent and pose a higher risk of overdose even when taken on their own, according to addiction doctors. Another danger comes from counterfeit forms of Xanax, which can contain the synthetic opioid fentanyl.

Benzodiazepines were originally introduced as a replacement for addictive barbiturates, but studies indicate that benzos are dangerously addictive as well. Data from the Substance Abuse and Mental Health Services Administration (SAMHSA) indicates that benzodiazepine admissions almost tripled from 1998 to 2008, though overall treatment admissions increased just 11% during this period.

Benzodiazepine admissions during this time highlight how common it is for patients to combine benzo use with other drugs, as 95% of admissions related to benzodiazepines also reported use of another substance. Over 82% of patients reported primary use of another drug, with benzos secondary, while nearly 13% indicated that benzos were the primary substance being abused.

Patients cannot easily stop benzo use. Withdrawal symptoms typically start within 24 hours and may last for days or even months. American Addiction Centers reports that roughly 10% of people who abuse benzos continue to feel withdrawal symptoms years after they stop using the drugs. Withdrawal symptoms include the return of anxiety, insomnia, and panic attacks for those using the drug to treat these conditions. Nausea and vomiting, mood swings, twitching, seizures, blurred vision, hallucinations, and short-term memory problems can accompany withdrawal as well.

According to the president of the American Society of Addiction Medicine and addiction doctor, Dr. Kelly Clark, “community mental health centers in Louisville stopped prescribing Xanax because it is such a common drug of abuse and so dangerous in combination with alcohol and opioids.”

To ward off an upcoming drug epidemic and create higher safety standards, patient advocates and researchers are proposing various measures to increase awareness among medical students, doctors, and patients about benzodiazepines’ risk factors.

As she recovered from Xanax dependence, Dr. Christy Huff experienced the full extent of withdrawal symptoms that benzodiazepine patients go through. Now the co-director of a non-profit organization in Utah, the Benzodiazepine Information Coalition, Hugg spearheads the effort to include more effective warnings for patients and prescribing doctors.

Dr. Lembke, on the other hand, proposes the establishment of strict regulations that handle benzodiazepines like the opioid group of drugs: “We have this whole infrastructure set up now to prevent overprescribing of opioids and address the need for addiction treatment. We need to start making benzos part of that.”

The widespread use and growing availability of benzodiazepines have these drugs poised to become one of the next major drug epidemics in America. Public health professionals may be tasked with including benzo drug treatment and drug abuse prevention measures alongside similar actions being used for the opioid epidemic.

With advanced public health education and training, health officials will be better prepared to tackle the health challenges like addiction in the modern world. To learn more about pursuing a career in public health, visit the Keck School of Medicine of USC Master of Public Health program.

NCBI: Cohort Study on the Impact of High-Dose Opioid Analgesics on Overdose Mortality

National Institute on Drug Abuse: Research suggests benzodiazepine use is high while use disorder rates are low